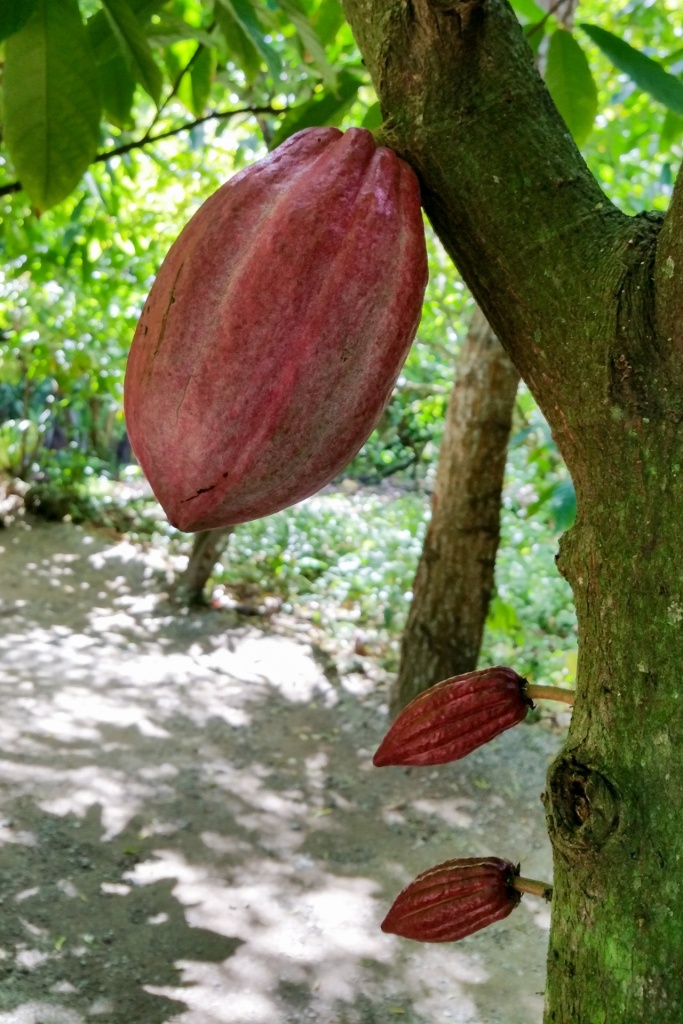 The aroma, texture and taste of both pleasurable products depend much on the Terroir. Like wine, chocolate may be impacted by how it’s been grown: Location, geology and climate of the place.

In fact it’s among the few products with a broader flavour profile than wine.

Like grapes, cocoa beans are a fruit that goes through a series of various processes in production, all of which also affect its flavour; Fermentation and drying are extremely important for a quality chocolate. Fermentation is done on or near the farm, so the farmers’ skill has a large influence on flavour.

Conclusion: Chocolate lovers should pay more attention to cocoa farmers. Getting to know them will help us all treat them better, and in turn get better quality chocolate every day.

Did you know that cocoa trees can only flourish in tropical environments, within 15-20 degrees north and south of the equator? This is why cocoa is grown in very few countries around the world – among them are Brazil and Cote d’Ivoire. The origins of chocolate beans has an enormous impact on the flavour of a finished chocolate bar. Bars from Madagascar beans, for instance, are characteristically fruity while Ecuadorian bars are far more earthy.

Have you ever considered dividing Vietnam into individual regions, like we are so used to do to French wine growing regions?

The Chocolate Tourism trend is still mainly about a chauffeur driving you to shops around Paris.

But a new more exotic way to make chocolate the theme of your trip is to hop on a plain and then on a van, to visit cocoa farms around the planet’s equator.

More and more chocolate fans go to places such as Belize, Madagascar, where first-rate quality cocoa is sourced.

Traveling to Australia was actually what put Ika on her chocolate career path.

Travel is Ika’s second best thing to do after chocolate. When she was 35, with 12 years of experience as a radio sound engineer, she went to Australia, in search of a new vocation.

“I went to Australia to study for a master’s degree in marine science, but there I realized that what I wanted to do was chocolate. How did I realize that? When I saw that I was spending hundreds of dollars in chocolate boutiques. I was also constantly recommending to fellow travelers to ‘Go eat this macaroon, go eat those pralines.’ I realized I love it. Chocolate became a motivation for more cultural exploration.”

Returning from Australia, she became an apprentice to the leading Israeli dessert chef Claude Ben Simon. In 2011, after many more trips and much training – mainly in Paris and Brussels, she opened her own artisanal chocolaterie.

“Travel inspires my work, but I wish also for Israeli flavors and chocolate to travel. I want people in Europe and anywhere else, also in those far away places where farmers grow chocolate, to know our land. I want people all over the world to get to know the Middle Eastern Terroir. Lovely food and flavors grow here, too.”

One such special flavour is the Za’atar – a Middle Eastern herb.

This is now the 2nd year that Ika’s Za’atar praline made her a silver medalist of The International Chocolate Awards.

This innovation, combined with her professionalism, ranked her #22 International Chocolatiers of the prestigious Le Club des Croqueurs de Chocolat

In Papua New Guinea, Ika sourced a uniquely flavoured cocoa that won her a second ICA silver medal this year. The story behind the Papua New Guinea praline inspiration is just below – read our To Sin and Be Forgiven post. 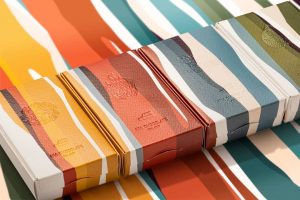